'Ginny & Georgia' is an absolute clusterfuck but sure, I'll watch S2

Mild spoilers abound, but nothing that would ruin a first watch of the show.

I haven't read any interviews with creator Sarah Lampert (or her all-female creative team) about how she came up with the idea of "Ginny & Georgia" but in my mind, it was crafted as an edgy reboot of "Gilmore Girls." It's like Lampert said, "Fuck this show and its dysfunction cloaked in coziness. I'm going to create my own twisted version where problems are real and easy solutions nonexistent." And it occasionally works! There are certain parts of the show that I loved — like Ginny's (Antonia Gentry) character development and pretty much everything involving Maxine (Sara Waisglass) and Ellen (Jennifer Robertson) — but as a contained television season, it's a little disjointed.

The need to be a "Gilmore Girls" antithesis stifles creativity and results in a show that is trying to do too many things simultaneously. The plot is eerily similar. Georgia (Brianne Howey), a single mom, moves to a small town to make a life for herself and her children, Ginny and Austin (Diesel La Torraca). Along the way, she becomes friends with the locals and forges a flirty, antagonistic relationship with Joe (Raymond Ablack), a local restaurant owner. Although Joe clearly likes her, Georgia is too busy eyeing up the boring mayor (Scott Porter) and having a reignited affair with Ginny's dad, Zion (Nathan Mitchell), to see him as anything more than a friend. As Georgia acclimates to small town life, fifteen-year-old Ginny does the same. She becomes fast friends with Max, her next-door neighbor, and forges a deep (secret) connection with Max's brother, Marcus (Felix Mallard). Eventually, she dates a nice, boring guy named Hunter (Mason Temple) who treats her well but has little discernible personality.

I normally hate comparisons like this because they feel so reductive, but "Ginny & Georgia" actively invites them with such force that they are impossible to ignore. Most characters in Wellsbury have direct Stars Hollow equivalents:

None of these callouts are even questionable. If Lampert tried to tell me that Joe wasn't the show's de facto Luke Danes, I would hit her with a "Sure, Jan" scoff. You'll notice, however, that Emily and Richard dupes are absent, and that's because there are some key differences between this show and "Gilmore Girls." For one, Georgia does not come from a wealthy, pedigreed family. There is no backstory about the boundless opportunity that she's shirked in favor of independence. Instead, Georgia's past is overtly darker. Extended flashbacks, handled clumsily, explain her selfish behavior. Georgia's stakes are much higher than Lorelai's because she has significant issues and no mountain of family money to cushion her fall, but they never feel especially weighty.

The writers desperately want us to see that bad things have happened to Georgia, but it's unclear how that knowledge is supposed to contribute to the interpretation of her current behavior. Does past abuse make her actions excusable? Inexcusable but understandable? The point of view is never clear. It doesn't help that Georgia, replete with fake ass southern accent, feels like a character plucked from Ryan Murphy's universe and awkwardly deposited into this show. I kept expecting her to laugh maniacally in someone's face and was disappointed when it never happened. I appreciate the idea of her — a mom with baggage who tries (and fails) to make good decisions for her kids —but the execution is all wrong.

While I felt uninvested in all Georgia storylines, the one that actually pissed me off involves Joe. He's a peripheral character until late in the season when a flashback reveals that he and Georgia briefly met each other as teens, and that his comments were the catalyst for her eventual move to Wellsbury. This once again feels like a desperate attempt to draw more quick parallels to "Gilmore Girls" without doing the necessary character and plot development work. One lame flashback isn't enough to elevate Joe to Luke Danes territory. Say what you will about "Gilmore Girls," but the show spent time crafting the relationship between Luke and Lorelai over many seasons. There was always strong will-they-won't-they energy, but not apropos of nothing.

Instead of existing on its own, I get the sense that "Ginny & Georgia" cares deeply about making sure that the "Gilmore Girls" ties are well-established before delving fully into seedier aspects. The show moves at such breakneck pace that it never allows viewers time to settle in and get to know the characters. There's too much telling and not enough showing. The tonal shifts — between teen drama, crime, and romance — create a whiplash atmosphere.

At this point, you might be wondering why I would consider watching a second season of a show that I didn't seem to like very much, so let me get into the Ginny storyline, which I mostly found enjoyable. As an adult who watches plenty of teen television, I am certainly not above some delicious high school drama. Give me all the shitty boyfriends, petty best friend squabbles, and horrifying embarrassment of experiencing things for the first time and coping with them poorly. I love it. Teen girls are far more intelligent and complex than they are portrayed in mainstream media, so I am always happy to see more shows that legitimize their feelings. The best thing I can say about "Ginny & Georgia" is that it never belittles the problems of its teen characters, even when they are admittedly ridiculous.

I also appreciate that from the jump, the show understands the damage that comes with having a "cool" mom. Ginny and Georgia's relationship isn't just nonstop movie marathons, shared closets, and lax rules; a lot of turmoil arises when one parent is immature/unstable and the other is largely absent. "Gilmore Girls" always shoved this under the rug, but "Ginny & Georgia" isn't afraid to be upfront about it. Even at the beginning of the show before Georgia's storyline really goes off the rails, she and Ginny never feel especially close. It's significantly more contentious than a mom/best friend dynamic (as it should be).

Without Antonia Gentry's talent, the Ginny character could have easily fallen into Georgia territory. Gentry keeps Ginny's rage simmering just below the surface at all times, reminding us that she is dealing with a lot more than initially meets the eye. And Gentry isn't afraid to lean into the bitchiness of the character. Ginny likes to read and do well in school, but it isn't her entire identity. She's just as susceptible to shitty behavior as every other teen character on the show. There's no high horse "teen walking around with a halo and a book" bullshit here, which is refreshing; however, there are still issues.

At least 85% of the dialogue feels very much like adults my age trying to posture as teenagers using research that comes solely from social media, aka not even a little bit authentic. There's one clip in particular, involving an argument that Ginny has with 😴 Hunter, that is especially embarrassing. I'm not biracial and can't speak from experience, but I can tell you with absolute certainty that none of the humans I've encountered have ever talked like this, about race or otherwise. If someone told me the entire exchange was written by AI, I'd be relieved because it would suddenly all make sense.

As much fun as it is to tear something to shreds, I must say that the show is less cringe than this clip makes it look. It's not as out of touch and idiotic as some of the other trash that Netflix has released. Do I like the idea of a teen boy explaining masturbation to a teen girl? Nope! But the extended dry humping scene, which brought me right back to my own high school experience, elicited a mental golf clap. I thought the writers dealt with Max's sexuality in a realistic way. It's hard to figure out how to be emotionally vulnerable when self-confidence is nonexistent. Ginny's struggle with self-injury is handled with similar care. When the writers stop awkwardly overexplaining everything to the audience, there is a noticeable improvement in quality.

By the time I finished episode ten, I was a little sad to see the show end. Should it win any awards? No. Let's please avoid another "Emily in Paris" catastrophe. But there some good stuff here. My biggest hope is that this show will expose more people to Antonia Gentry and open up career opportunities for her. The show as a whole isn't going to blow your mind or transport you back to the coziness of Stars Hollow, but with the help of a 10mg edible, it's a nice way to give your brain a break from the pandemic drudgery. 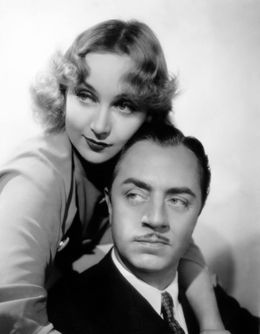