Vibe:
This is maybe the most saccharine thing I've ever said, but I don't care: this film made my heart soar. It's incredibly endearing and a little bit sappy, but James Gandolfini and Julia Louis-Dreyfus have the best chemistry and I fucking love this movie.

Best time to watch:
Literally any time. If you're feeling sad, it will cheer you up; if you're happy, it will make you even happier. I first saw this film after a terrible Tinder date with some Australian dude who ate all my french fries at dinner and looked completely different than he did in his picture (he had patchy, pube-like facial hair...unforgivable). Fuck that dude! But cheers to this movie (recommended by my mom, post-bad Tinder date).

Why you should watch:
Sharp, witty dialogue, amazing actors, and a subplot that's actually enjoyable - all rarities for newer romantic comedies. Also, it focuses on older people and makes motherhood actually seem fun/cool and not like a constant annoyance, life ruiner, or precious gift from Jesus Christ.

Where to watch:
I rented it on Amazon Prime Video for $3.99. If you have premium channels, I'm sure it's available via On Demand.

Quick summary:
Eva (Julia Louis-Dreyfus) has been divorced for ten years and has a daughter named Ellen (Tracey Fairaway) who will soon be leaving for college. Albert (James Gandolfini) is in the same boat - divorced for four years with a college-bound daughter named Tess (Eve Hewson). They meet at a party and initially claim to not find each other attractive, but they of course end up dating. Complications ensue, as they are want to do in any romantic comedy, and are dealt with poorly. Heavy cringing and a few tears are inevitable.

Thoughts:
I've seen this movie an embarrassing amount of times (not as many times as "The Devil Wears Prada" or "10 Things I Hate About You," but still). As someone who binged both "Veep" and "The Sopranos" (along with "Seinfeld" back in the day), my love for Julia Louis-Dreyfus and James Gandolfini runs deep. "Enough Said" premiered after James Gandolfini's death, and I remember walking past Cobble Hill Cinemas and feeling sad after seeing the poster. So sad, in fact, that I initially avoided seeing this movie because I knew it would make me feel slightly depressed. Instead, I went to see "Don Jon," a terrible movie written and directed by Joseph Gordon-Levitt. I used to like JGL until I saw "Don Jon" and the shitty way it treats women. JGL, please stick to acting (sorry).

Before "Enough Said," I had an undeservedly negative opinion of Nicole Holofcener. I saw "Friends with Money" in high school and remember thinking, "Oh, another movie about boring, privileged white people. Groundbreaking." And while I haven't rewatched "Friends with Money" since, I don't doubt that my initial impression was accurate. Like Nancy Meyers, Sofia Coppola, and Nora Ephron, Nicole Holofcener tends to create enjoyable films with a constrained worldview. She isn't exactly a pioneer of modern cinema, but she does have talent for writing a sharp script with likably flawed characters and casting talented actors to play them. Holofcener actually has a long history of working with Catherine Keener, an actor I greatly admire and especially loved in "Enough Said."

This movie is one of the few romantic comedies I can think of (along with "Moonstruck" and "When Harry Met Sally") where the subplots aren't throwaway and are almost as good as the "A" story. I love the dynamic between Will (Ben Falcone) and Sarah (Toni Collette), a couple with children who casually joke about leaving each other. At a dinner with Albert and Eva, Sarah and Will have this exchange:

Sarah: Sometimes I think I'd like to be single just so I can have girly sheets.

They have a great rapport and every interaction between them is a goddamn delight.

There's also a relatively fleshed out subplot with Eva's daughter, Ellen, and Ellen's best friend, Chloe (Tavi Gevinson). Ellen is preparing to leave for college, both physically, by packing up her belongings, and emotionally, by distancing herself from her mother. Unlike Ellen, Eva wants to snuggle up with her daughter and savor their last few months together. Chloe is needy, Eva is available, and so they grow closer and provide each other with the love and time that their desired counterparts can't/won't. The scene with Chloe's own mother toward the end of the film felt slightly undeserved, but it served as a reminder to Eva that a) she was acting a little bit creepy and b) some people are irreplaceable (not only her daughter Ellen, but Albert).

The relationship between Eva and Albert is never an enigma. It makes complete sense to me that Eva can't stop herself from pumping Marianne (Catherine Keener) for information about Albert, her ex-husband. No matter how much we may like someone, hearing something bad about them from a trusted source can easily crush that likability. It's also a self-preservational instinct to prevent yourself from getting attached to someone with potentially horrific unknown flaws. Once you notice something (like the inability to eat guacamole without picking out all the onions, for example), there's always the chance that it might drive you crazy forever. Being burned hard in the past by these types of flaws makes it more difficult to shrug off warning signs in the future.

More than anything, the takeaway from this film is that we all need to chill out and stop letting little, forgivable idiosyncrasies ruin our relationships. Who gives a fuck if someone owns night tables when they tell you how much they adore you and treat you with respect? So what if they have 304,932 mouthwashes? They make you delicious bagel breakfasts and treat your daughter's friend with kindness and that's more important, dammit! Sometimes their penis may accidentally pop out of their sweatpants, but accidents happen. Let's all make a pact: don't pass up the James Gandolfini-esque love of your life just because s/he can't whisper. You'd be making a huge mistake. 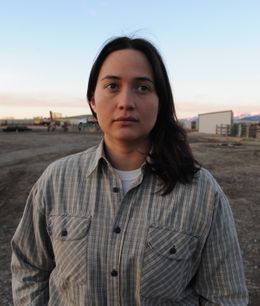 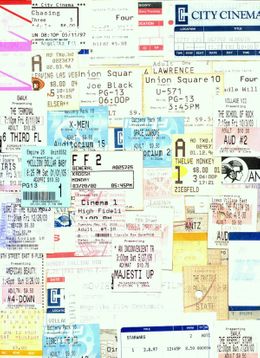