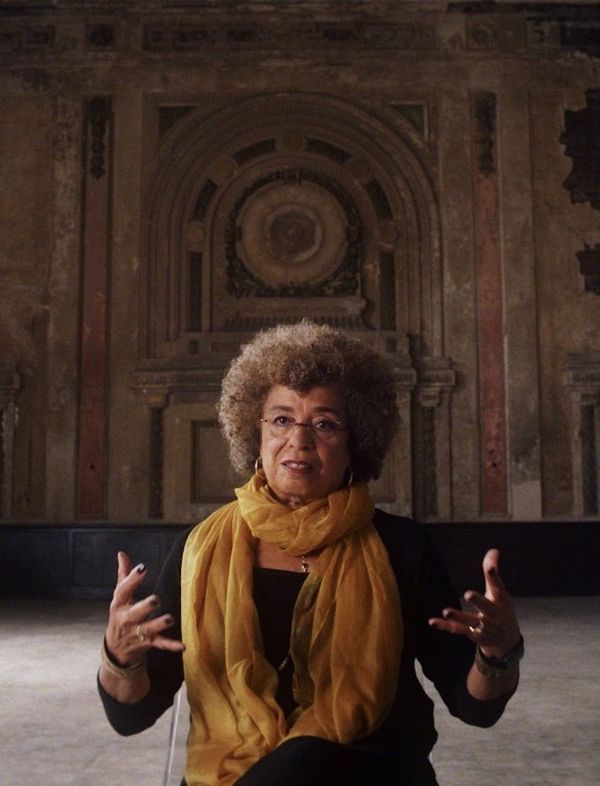 Vibe:
Provocative, smart, and incendiary in the best way -- one huge, flaming middle finger to the man. DuVernay assembles a group of talented, intelligent, zealous thinkers and activists to speak truth to power. They're righteous and informed and angry not for the sake of being angry but because there is some really fucked up shit that is happening and needs to be confronted.

Why you should watch:
Because most of us have grown fatigued and numb to the repeated injustices we see on the news. Our neighbors are being beaten, jailed, and literally killed by those who are tasked with protecting us. It's happening every day in every city in America. And a man who won on a platform of racism and bigotry and overall hate is about to be inaugurated as President. And we feel like we can only care so hard for so long. But DuVernay reminds us that this shit has been going on for a long time, and we really need to open our fucking eyes and stop pretending that we aren't all complicit.

Where to watch:
Netflix once again delivers.

Quick summary:
"13th" carefully highlights the historical record and explains how we ended up in this mess of policies that criminalizes and subjugates poor black and brown people. DuVernay gets her title and theme from the Thirteenth Amendment to the United States Constitution: "Neither slavery nor involuntary servitude, except as a punishment for crime whereof the party shall have been duly convicted, shall exist within the United States." She shows how this loophole to freedom -- criminality -- has long been used to marginalize people who those in power have deemed problematic and inconvenient, and she shows us how people in positions of power have profited (financially and otherwise) from these policies.

The strength of Ava DuVernay's film is that it gives contexts to these realities. Like Michelle Alexander, who she features prominently, DuVernay works to unpack the myth of black criminality and to explain how the labels of blacks as "criminal" and "other" have perverted our communities and damaged our politics. Alexander's work has received worthwhile criticism for oversimplifying the historical connections between Reconstruction/Jim Crow and modern mass incarceration: She has received criticism for obscuring the historical context and the extent to which modern black activists called for reforms which ended up fortifying mass incarceration rather than protecting the inner-cities. DuVernay includes Alexander's voice, but surrounds it with different perspectives that help to complicate the discussion (seeing Newt Gingrich was a surprise). Her message is clear: while there may be differences at a philosophical level between policies created by white supremacists with malevolent intent and those created by racially ambivalent, well-meaning but fundamentally naive politicians, the effects are the same.

What we who work in criminal law need the mainstream to understand is that these are issues that require fundamental legislative and cultural changes. Knowing only goes so far. The crime code needs to be fundamentally reworked. We need real, meaningful police reform. We need prosecutors to remember that their ethical duties are to the entire community -- of which the accused is a part -- and to use the immense discretion they yield to the benefit of the accused and not just to their detriment. Most of all, we need everyone to view accused and convicted persons as persons with lives as complicated and complex and worthwhile as our own.

Understanding the context DuVernay lays bare is the first step. Knowing is important. Action is crucial.

Editor's note: This is the first of many outside contributions I hope to feature on this blog. If you're interested in writing about a film with a female director, please email me at lindsrpugh@gmail.com. Please do not email me suggesting that I review "Rogue One: A Star Wars Story" because it is "super feminist." "Rogue One" is not suffering from a lack of media attention and it's also directed by a man.