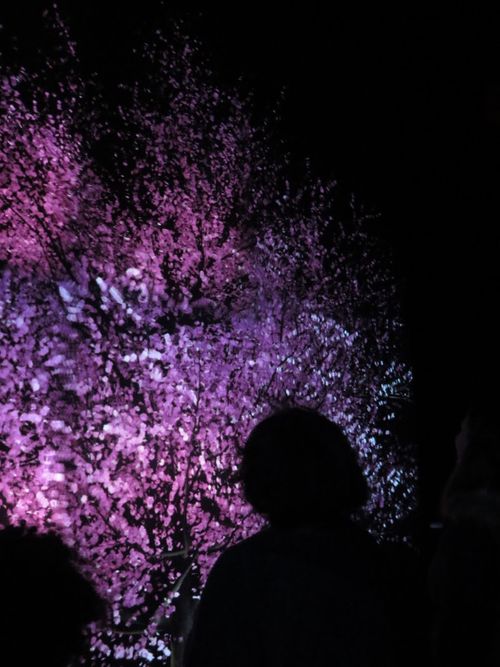 I'm back from SXSW and at best, I would describe myself as an empty shell of a human. I have a ton of coverage to put together but all I want to do is sleep, drink a bunch of water, and stay the fuck away from screens. Thankfully, writing about film is my fun hobby and not my job. No one pays me to write this blog, so I don't feel bad about taking a bit longer than expected to put together my material. I saw some journalists rushing out of film screenings, hurriedly typing reviews on their phones and immediately thought, "No, thanks." All of that pressure would ruin the experience and probably drive me to drink (more). I'm going to try to publish all of my festival content in the next week, but I can't make any promises.

In the meantime, I wanted to put together this quick overview of my favorite films to give you an idea of what resonated with me the most. The documentary programming at SXSW was top-notch and I left Austin feeling inspired by figures in film, sports, and politics that I had no idea existed. The doc films I enjoyed most all focused on older women who lead extraordinary but widely unknown/unappreciated lives, especially to Millennials like me. Nothing excites me more than learning about badass older women who spent their entire lives throwing a middle finger at the patriarchy and living out their dreams, no matter the cost.

There were a few exceptional narrative films but most of what I saw left me cold and honestly, kind of bored. I still have some screeners to catch up on, so it's possible that I haven't seen some of the true standouts yet. Sadly, I got in too late on Friday night to catch "Us," which is why it's missing from this list. I heard great things about it and felt a surge of jealousy whenever someone discussed its merits in front of me. March 22 can't come soon enough.

For those unfamiliar, Diana Kennedy is a British chef, author, and teacher who over the course of her career, has become the foremost expert on Mexican cuisine. She has devoted the past 60+ years of her life to learning about and documenting the culinary style of the country and is greatly respected both by natives and those in the food industry.

Along with being a culinary rock star, Kennedy is also delightfully blunt and self-assured. She talks frankly about her desire to never have children, her disdain for people who don't like cilantro, and her sadness over her constantly looming death (Kennedy is currently 96 years old).

While a lesser filmmaker might have only highlighted the brightest, most accessible parts of her personality, Carroll paints a well-rounded picture of a multi-faceted woman at the end of her life. I found myself wondering throughout if DK has ever tried hallucinogens; I think she would enjoy them.

I generally give zero shits about sports, especially race car driving, so I figured I would have a hard time getting into this movie; I was wrong. Janet Guthrie, the film's subject, was the first woman to qualify for and compete in the Indy 500 in 1977. Like Diana Kennedy, she approached everything in her life with a tremendous amount of passion and drive, but zero bullshit.

The industry didn't exactly embrace her, but Guthrie never lost confidence in her skills and continued to pursue her dream. Her story is equal parts inspiring and infuriating because although she proved her merits multiple times, she was ultimately barred from competition because she couldn't get enough sponsorships to sustain her racing career.

"Qualified" is a relatively straightforward documentary, but it's well-constructed and makes great use of a compelling figure.

Molly Ivins was a Texas newspaper reporter and columnist who was best known for calling politicians on their bullshit. She once described Dan Quayle as, "dumber than advertised" and wrote an entire book on George W. Bush's flawed policies/general idiocy. She was funny and honest, a true loudmouth progressive in a state where that attitude is often unappreciated.

She was charming as hell and beloved by those that knew her but also "an alcoholic of the worst sort." She devoted all of her time to writing, neglected her health, and eventually died of breast cancer at 62 years old. While this documentary is certainly a celebration of her life and work, I appreciate that it doesn't shy away from the more unsavory aspects of Ivins' life.

By now, regular WiR readers probably know how much I love/hate romantic comedies. They're typically slightly problematic at best, hella misogynistic at worst, but they're the exact type of thing I want to throw on the TV after a rough day at work. This doc runs through the history of romantic comedies and explains some of the common problems that they face, like lack of female agency, people of color, and same sex relationships.

The format is interesting because although it features voiceovers from different people, we're never actually introduced to them. Unlike a standard documentary with talking heads/interviews, this one relies solely on footage from the movies it discusses. In a post-screening Q&A, Sankey states that this economical format was bred out of necessity (aka lack of funding). Thankfully, it worked well and actually served the overarching structural threads instead of working against them.

This film 100% deserves all of the hype that it's been receiving since the premiere. I promise you, it really is THAT good. Molly (Beanie Feldstein) and Amy (Kaitlyn Dever) are two bffs who have dedicated their entire high school lives to studying in pursuit of an Ivy League education. On the last day of their senior year, they find out that this single-minded obsession might have been unnecessary. It turns out that some of the other students who they thought of as fuck ups are actually attending A+ colleges. In an attempt to make up for lost time, they decide to throw caution to the wind and attend the big pre-grad night party at Nick's (Mason Gooding) house. Chaos ensues, drugs are consumed, hearts are broken, and friendships are solidified.

It's a wild, delightful ride that more than anything, highlights a beautiful bond between two young women that will hopefully last for the rest of their lives. It champions female sexuality, features a lesbian sex scene set to Cautious Clay's "Cold War," and makes great use of a diverse, young cast. If I were a douchey male critic, I would probably say some shit like, "Wilde proves that she's more than just a pretty face with this sharp, smart debut."

At the end of this screening, the dude sitting next to me turned and said, "What the fuck?" Cosigned, random dude .... cosigned. This film is weird in a Lynchian way but certainly not without reason. It touches on struggles with identity, societal influence, and child-rearing unlike anything else I've watched in recent memory. The tone is very distinct and will either repel or attract viewers depending on personal preferences. All of the adults in the film wear braces, drive golf carts, and dress in creepily matching country club attire. It's kind of like one of the weirdest SNL skits stretched out to 100 minutes.

The directors adapted this feature from a short that premiered at SXSW in 2016, which I think is kind of obvious at times. There are scenes that I feel go a bit too long without saying anything of substance but because I was totally sold on the tone and performances, I found myself forgiving them.

Check back later this week for reviews on all of the aforementioned films, along with interviews, random grumblings, and more (the "and more" is a lie). The header image of this post comes from Lisa Park's project, "Blooming." She describes it like this:

"Research shows that touch is fundamental for communication, emotional and physical health, bonding, and overall well-being. The installation will take the form of a life-size cherry blossom tree which responds to physical contact between audience members. When participants stand in front of the tree and touch each other, the tree will flourish in peak bloom; when they release, it will collapse into its pre-bloomed state."

It's not film-related, but definitely one of my festival highlights.

Interview with Elizabeth Carroll on 'Nothing Fancy: Diana Kennedy'

Interview with Carlie Guevara on 'The Garden Left Behind' 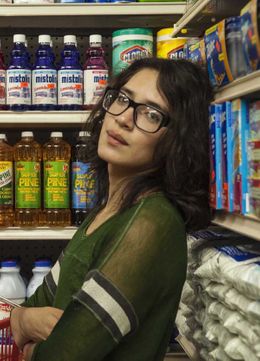 Interview with Carlie Guevara on 'The Garden Left Behind' 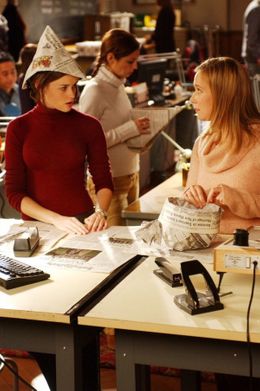